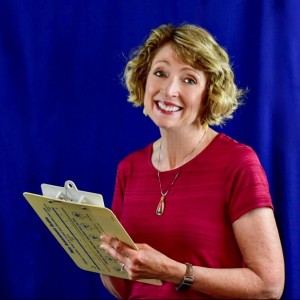 Have you ever thought about the risk Peter took to follow Jesus?

He was self-employed: if he didn’t work, he didn’t get paid. He had a wife and most likely a family to support. Besides, Jesus was a radical. What would people think?

Peter’s brother, Andrew, claimed Jesus was the Messiah. How many times do you think Peter had heard that? Yet, the first time he met Jesus, He said: “You are Simon the son of John! I’m going to call you Peter!” (John 1:42) He boldly told him who he was: a Rock.

Peter saw Jesus again, this time climbing into his boat to teach the crowd!

It was just an ordinary fishing day with his brother, until Jesus invited him into deeper water for a catch. When Peter obeyed, despite his doubts, his net filled with so many fish he had to get help to bring them to shore.

Has the Lord told you who you are: a rock, a leader, a teacher, a missionary, a student of the Word? Did you reply in fear like Peter “No, I’m not! Go away!”

Isaiah’s response was, “I am ruined! For I am a man of unclean lips…” Disgusted, he couldn’t see beyond his shame, but God said, “See, this [live coal] has touched your lips, your guilt is taken away and your sin atoned for.” (Isaiah 6:5)

What argument or response do you give the Lord when he says, “You did not choose me, but I choose you…go and bear fruit.”? (John 15:16)

What would happen if you took a risk?

I’m not talking about hang gliding over the Columbia River. I’m talking about stepping into the identity of who God says you are in Him.

Courage leads you on an adventure. Trust the Lord. Don’t miss out! Take Him at His word. Believe: “…you will receive power when the Holy Spirit comes on you..” (Acts 1:8)